Researchers have been fascinated by the travels of Buck 140 over the past two years, and they say the harvested buck can now potentially help them with CWD research 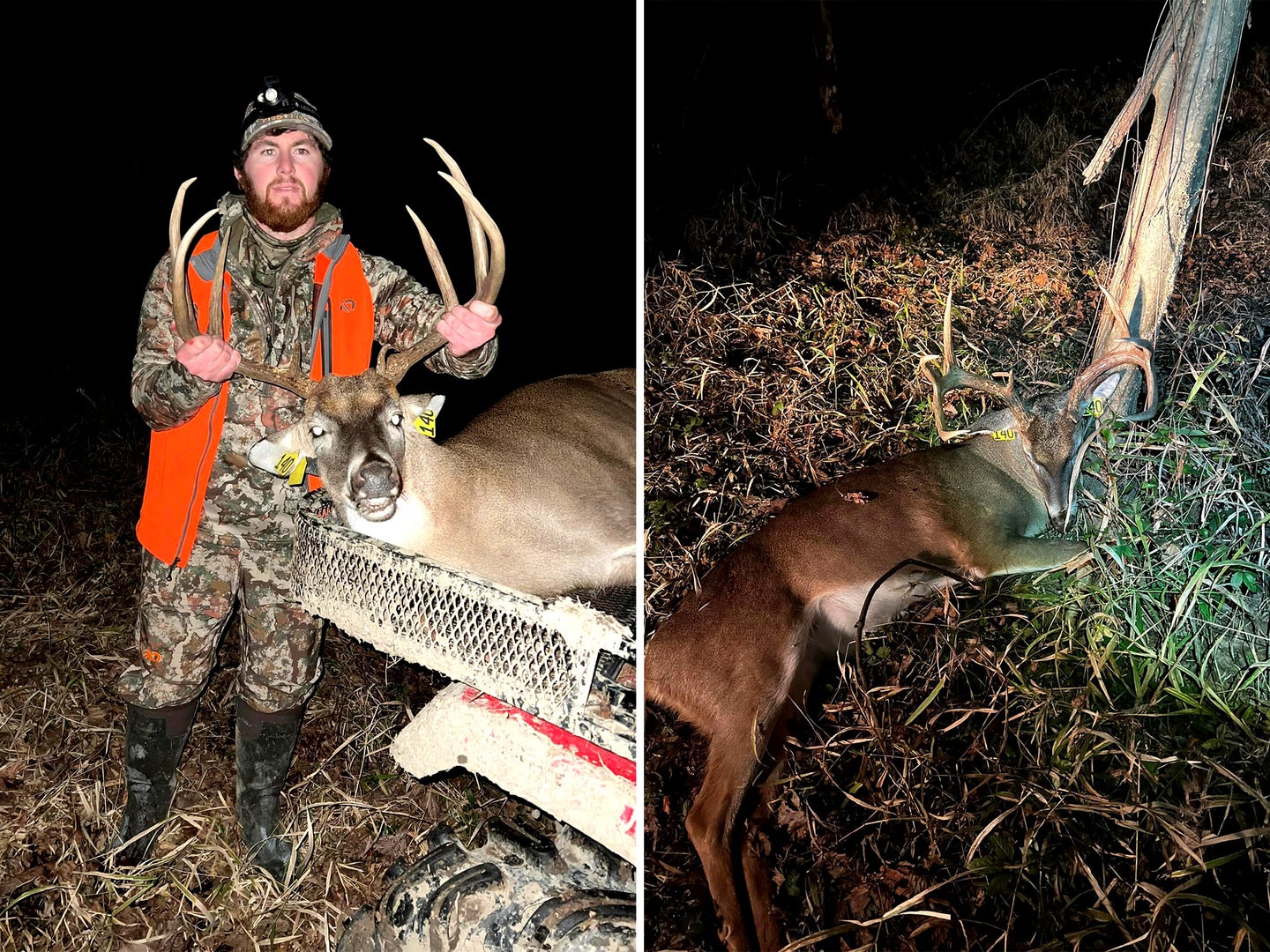 Last weekend a deer hunter in Mississippi tagged a whitetail buck that researchers have been tracking for two years now. Known as Buck 140, the deer had become well-known because of its impressive annual migration, which involved swimming across a mile-long stretch of the Mississippi River twice a year as it traveled between its summer range in Louisiana and its winter range in Mississippi.

“Of all the hunters and obstacles he manages to avoid on a yearly basis throughout his 18 mile journey, I can’t believe I was presented with the once in a lifetime opportunity of tagging such a famous buck,” the hunter wrote in a Facebook post yesterday.

Buck 140 isn’t the only Southern whitetail that migrates, but it’s probably the most closely tracked and highly publicized buck to undertake such a journey in the Deep South. The buck’s travels have made headlines in the Mississippi Clarion Ledger along with other news outlets, and Outdoor Life reported on its most recent round-trip in September. We also spoke with two researchers at Mississippi State University’s Deer Lab, who had been tracking the buck’s movements with a GPS collar. They explained that seasonal flooding in the South Delta region was likely a motivating factor for these migrations, but that every whitetail population typically has a few pioneers in the bunch.

“Every species of animal, including humans, has to have a few risk takers,” said Steve Demarais, an MSU professor who leads the Deer Lab’s research team.

Read Next: This Buck Swims Across the Mississippi River and Back Every Year During an 18-Mile Migration

As it turns out, Buck 140 took its last risky step on Dec. 17 in the Ten Point Unit of Mississippi’s Phil Bryant Wildlife Management area. The buck was following a few does along the edge of the timber when hunter Trevor Martin spotted it.

Martin, who lives in Hurley, had been hunting the WMA with his friend Aaron Graham for the past three days. He wasn’t about to pass on an opportunity to kill a mature eight-point, so he fired a shot from about 200 yards away. The buck dropped, and when the two hunters walked up, they noticed its ear tags stamped with the number 140. Like many other local hunters, Martin had read about the exploits of Buck 140, and he put two and two together right way.

“Me and my buddy were actually reading the story in the Clarion Ledger prior to coming up here. We’ve been following the stories about him swimming the Mississippi River a mile,” Martin said in an interview with the local newspaper. “I was so shocked. I didn’t even know he had tags when I shot him.”

The tagged buck was no longer wearing its GPS collar when Martin killed it. The collar had fallen off weeks ago, and another local hunter found it earlier this month in the same WMA where the buck was killed, according to the Clarion Ledger.

Although the tracking study involving Buck 140 had come to an end by then, Deer Lab researchers said they still had something to learn from the deer: they had been hoping a hunter would kill the buck this season so it could be tested for Chronic Wasting Disease. They explained that since the buck has been wintering in a chronic CWD management zone, a positive test would prove to wildlife managers that whitetails can spread CWD over long distances.