Hunters knew the whitetail was on the property and it had great potential, so they passed him for several years—until this season 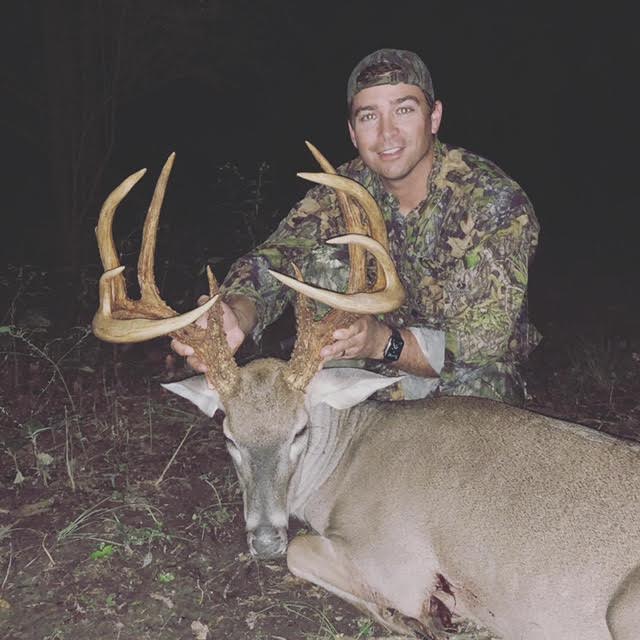 When Mississippi’s bow season opened on Oct. 1, Key Smith was, like most of us, stuck at work. The 38-year-old hunter is an experienced Mississippi outdoorsman from Natchez, and a member of a hunting club that stretches across 3,200 acres of prime bottomland ground in the delta area of the Homochitto River.

He finally was able to get his gear together and head to a favorite stand the afternoon of Oct. 7. Smith was looking for a specific big buck that he and other hunt club members had been seeing for years. But as he settled in to a warm and uneventful evening hunt, he grew a little worried that someone else may have tagged the deer already.

For several years, the hunt club has been managed with mature bucks in mind. Members try to pass bucks that appear younger than 5.5 years, and they take three does off the lease for each buck they tag. Fortunately, most of the surrounding landowners manage deer the same way. The lease is prime ground, with 750 acres in soybeans and corn, the rest in river bottom hardwoods and thickets. It holds plenty of deer, and grows some good ones, including a 168-inch buck that another club member killed several years ago.

“I had the buck I was trying to tag in bow range several times over the last few years,” says Smith. “In 2020 he was a beautiful 10-pointer that we estimated would score about 140 inches. About everyone in our club saw him in bow and gun season during 2020, and everyone passed taking him, hoping he’d grow into something special.”

Trail camera patterns showed that the buck was on the move during afternoons with a south wind rather than on cooler mornings. So the next day he climbed into the same stand—the one where he’d historically seen the buck. The afternoon of Oct. 8 was 90 degrees and buggy, with a light south wind. They’re tough bowhunting conditions, but ones that South Mississippi bucks and hunters are used to.

“I was on full alert that afternoon because I knew the buck was in the area,” says Smith. “Suddenly I heard squirrels barking in the distance and I knew something was up. I looked that way and at 60 yards I saw him coming directly to me.”

There were plenty of trees and cover between them, allowing Smith to raise his bow and draw. When the buck presented a broadside shot at 28 yards, he released his arrow.

“I hit him perfect,” Smith says of the heart shot. “The buck only ran 20 yards and fell dead.”

The buck weighed 218 pounds before dressed, and was aged at 5.5 years old. Smith says the buck may have had a bit better rack and more weight in another year or two, but that he doesn’t care, either.

“But it’s the best buck ever for me, and the best for our lease,” Smith says, chuckling. “And be it far from me to pass a possible Boone and Crockett buck.”

The buck green gross scored 177 5/8s inches, with a net score of 172 inches. The near-perfect 10 point only has a few inches of deductions, and its high, symmetrical rack is a Deep South beauty.

Read Next: The South (Not the Midwest) Is the Best Region for Mature Bucks

Apparently there are plenty more great Mississippi bucks around, too. Smith says he took the deer to a taxidermist expecting to get the buck back from mounting by year’s end, but the taxidermist says he can’t get it done until spring.

“The taxidermist is jammed with big bucks,” says Smith. “I heard about another buck taken in South Mississippi that scores in the 180s. Things are sure changing for Dixie deer hunting.”