How to Hunt with a Poor Man's Rangefinder 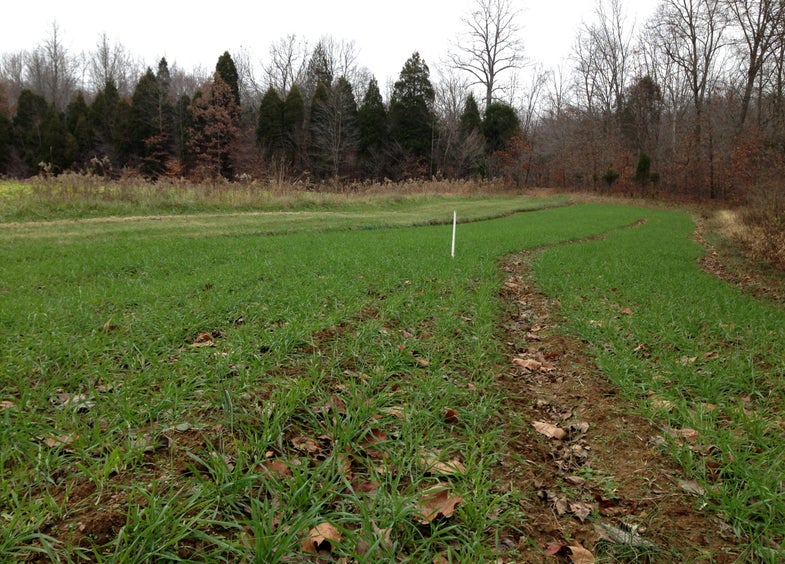 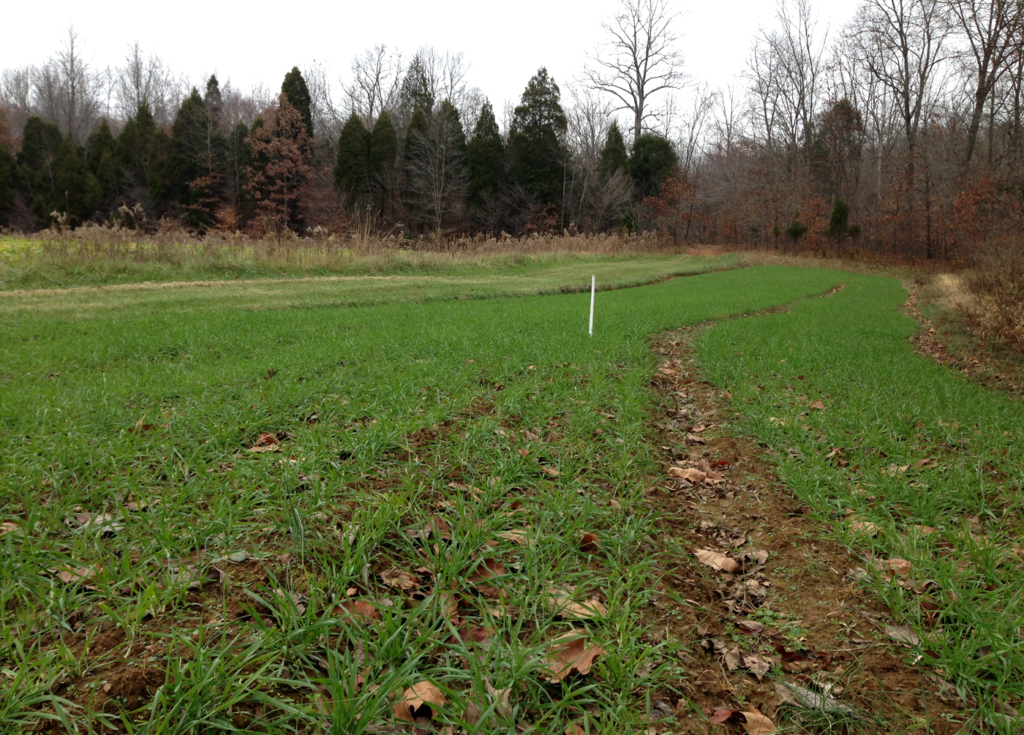 Many whitetail hunters carry a laser rangefinder these days. They’re incredibly useful tools, and can make all the difference when it comes to calling your shot. But odds are you’re going to forget it one day.

Or lose it. Or break it.

And even when you do remember your rangefinder and it’s working properly, you’ll still eventually find yourself in a situation where using it just isn’t in the cards. You might not have an opportunity to range a deer before taking the shot. Plus, pouring rain and falling snow can run interference and prevent a reading altogether.

This cheap rangefinder solution is a perfect backup plan.

By now, you’re probably thinking to yourself, That’s a picture of a stick. In which case, you would be correct. Well done.

But it’s much more than a stick. It’s a dirt-cheap rangefinder, planted in the dirt. A yardstick, if you will.

The idea is that if you ever can’t range a deer, you still have a quick reference point to verify distance in an otherwise featureless expanse of country.

It’s definitely a good idea to practice estimating yardage and, if you call yourself a deer hunter, you’re probably already pretty good at this. Not to mention that you’ll tend to remember fixed distances if you hunt the same spots year after year.

But having a concrete marker to fall back on in a pinch can make the difference between letting a deer walk and dropping one in its tracks. The stake can also be helpful when you’re getting comfortable with a newly established stand or blind, or hunting with kids. There’s still going to be some estimation involved, but you can do so more confidently with a stick in place.

Perhaps a lot of hunters already know this trick. But in all the big buck stories I’ve listened to and written about over on the BBZ blog, only once has a hunter ever mentioned using these yardage stakes around his stand. Meanwhile, on my family’s farm in Indiana, my dad has been driving these stakes into our food plots for as long we’ve had food plots.

We typically plant two white-painted stakes per stand, one at 35 yards and another at 100, which works well for both bow and shotgun seasons. Ranging nearby landmarks—big trees, fenceposts, creek crossings—is always a good idea, and we still do that when we’re killing time on stand. But when we’re setting stands for the season, these stakes go right out in the middle of the turnips and clover. 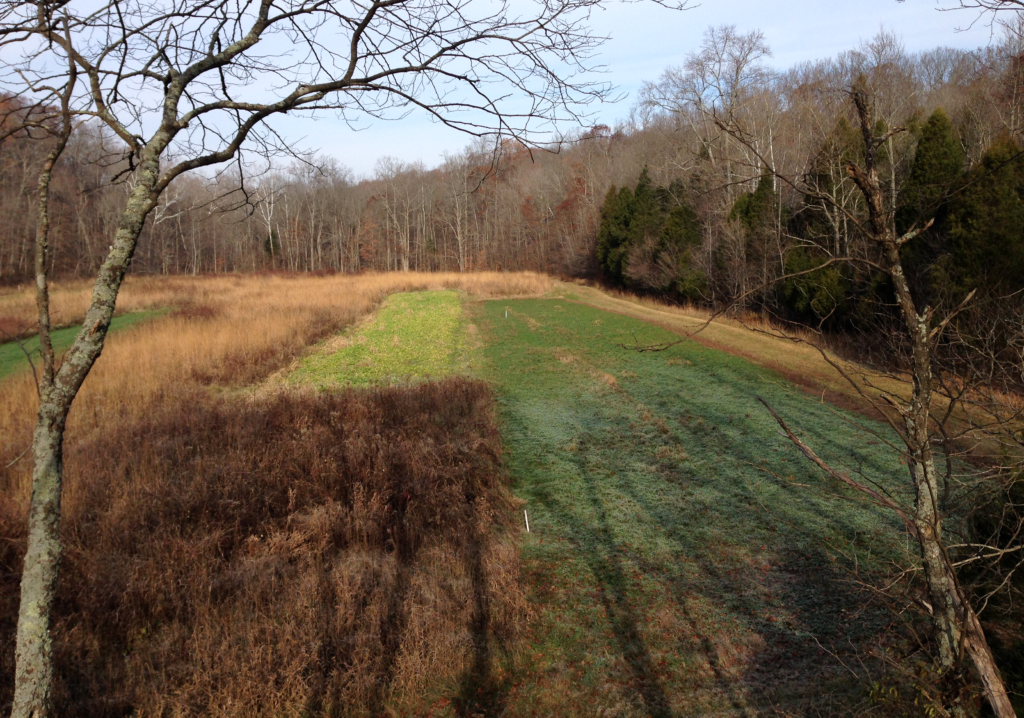 My favorite field on the property (above) has two stands on opposite corners, and the stakes surrounding the unused stand can also come in handy. They’re great markers for noting where deer enter and exit fields (that white stake stands out well against a backdrop of bushes and branches, even in low light and at long distances) and they serve as 200-plus yard markers as well.

The funny thing is, the deer on our property gravitate to the stakes. When they finally leave the cover of the field edge and commit to the food plot, they often beeline for them, then browse around them. It’s mostly bucks, and I’m not sure if it’s just coincidence, but I’ve started migrating the stakes closer to our bow stands in the hopes the deer will follow.

I’ll illustrate what is perhaps the best example of this phenomenon (or perhaps simply an instance of confirmation bias). On a still morning just after opening weekend a few years ago, the biggest buck I’ve ever seen on the property strolled right out to the stake and started munching turnips. He was so close that I could actually hear each crunchy bite. Why that buck isn’t hanging on my wall is a story for another post, but suffice to say he behaved as many other deer do in that spot.

So, this summer, while you’re scouting and setting up treestands, take a few minutes to range a couple spots from your stand and drive a stake or two into the ground. A yardstick.