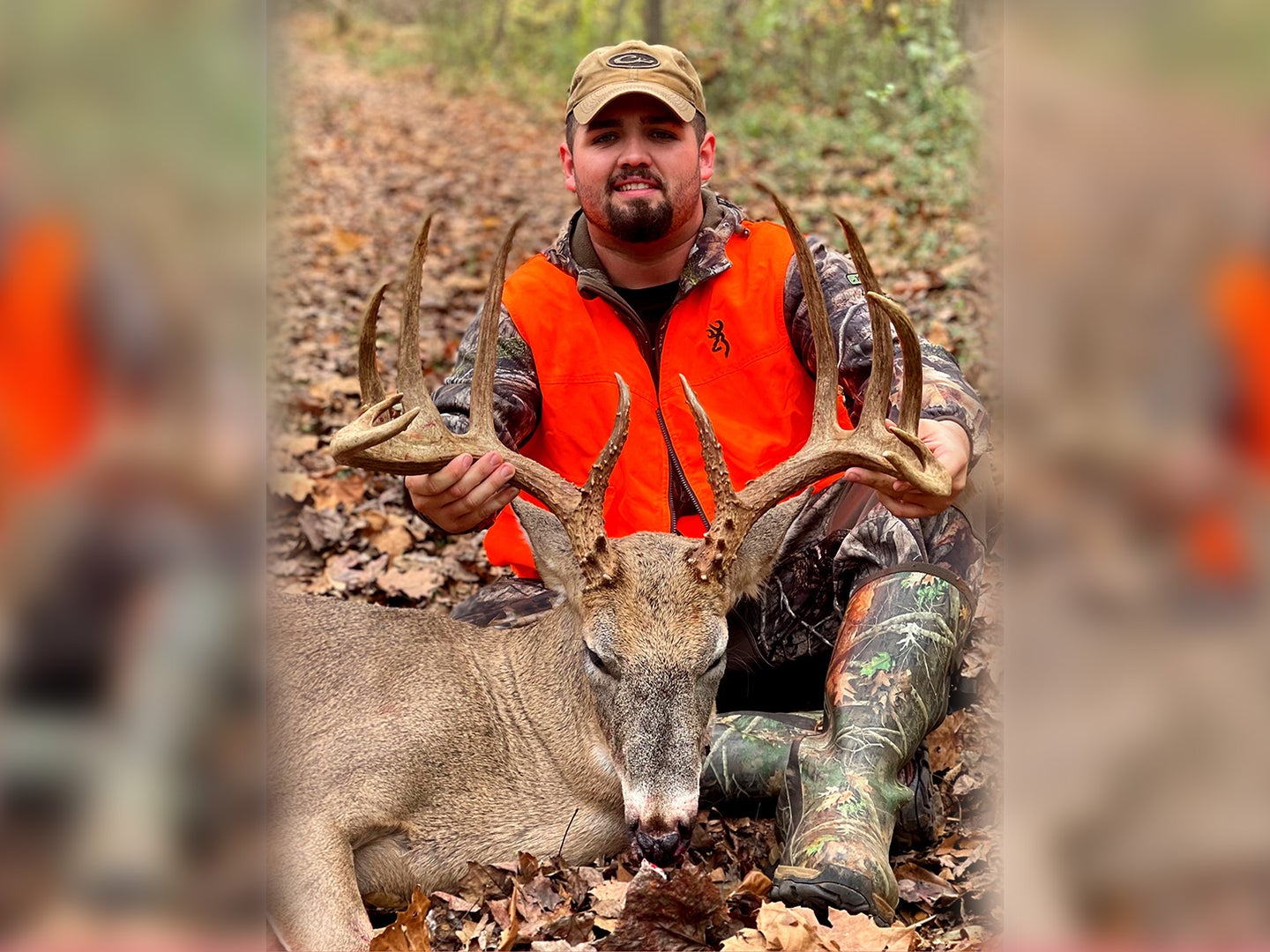 Bucks grow big in urban areas, and bowhunters know if they can access an archery-only zone where firearms are restricted, they can find some giant whitetails on relatively unpressured ground. That’s the case around many small- to mid-sized cities like Gainesville, Georgia, which lies about an hour outside of Atlanta. The hardest part about hunting these places is getting permission from landowners. But that challenge didn’t dissuade Hall County local Levi Sullens from knocking on doors there to pursue a buck he’d known about for some time.

“I heard about and hunted this buck for years since it was a small 8-point,” the 20-year-old plumber from Flowery Branch said in an interview with Georgia Outdoor News. “He was the talk of the town. I had permission to hunt one place near where he had been seen, but I never saw him. I knew I had to find a better spot.”

In his quest to find new ground, Sullens knocked on 50 different doors in the area to get permission to hunt. After getting turned down repeatedly, he finally talked to a property owner who was raising chickens on their roughly three-acre property. He offered to bring the landowner some feed for his birds in exchange for permission, and the landowner went for it.

That deal also opened the door for Sullens to take the buck. During their first afternoon spreading chicken feed on the property, Sullens and his father spotted the big buck. When the buck disappeared, Sullens went home to get his hunting gear and Ravin crossbow. Then he returned to the stand he’d set up.

“I got in the stand, and it wasn’t long before I saw the buck,” Sullens told GON. “I watched him chase a doe for 20 minutes. [And] I finally got a shot.”

The hunter heard the buck fall but decided to leave the deer overnight out of an abundance of caution. The next morning, he found the buck lying dead just 25 yards from where he’d shot it.

Official Boone and Crocket scorer Matt Haun gross-scored the typical 14-point buck at 184 3/8 inches. With 11 2/8 inches in overall deductions, the rack has a net score of 173 1/8 inches, which makes it a new state record in the crossbow category, according to GON. It is also the first B&C record-book buck to come from Hall County, Georgia.