A young, hard-hunting Badger State archer puts in the work to outsmart a buck long after the rut winds down 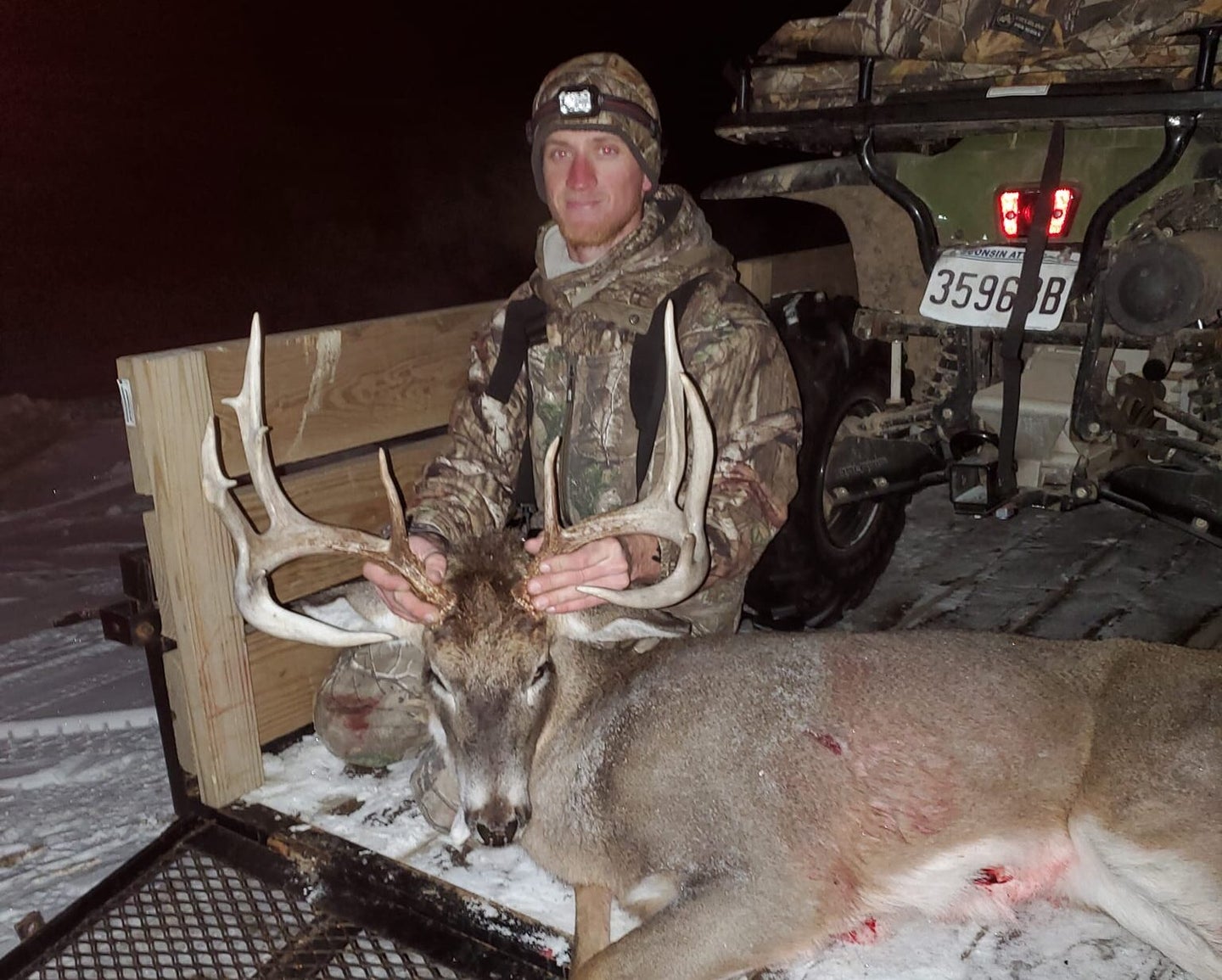 It takes a lot of drive and dedication to climb a treestand when it’s 12°F and there’s a foot of snow on the ground. But that’s what 25-year-old Marvin Bontrager did the afternoon of Jan. 15 in west-central Wisconsin. It was long after Wisconsin’s general gun season had ended, and most bucks were long done chasing does. Instead, Bontrager had patterned a good buck that was using a ridge, although mostly at night.

“I had trail camera photos of a big buck on the 200 acres I had permission to hunt, but he was really nocturnal,” says the Wisconsin roofer and construction worker. “In fact, I only had one photo of the deer during the day, and I was working at the time.”

Bontrager had hunted the property in early bow season without much luck. He didn’t hunt the property during gun season at all because the landowner was hunting there. But once the gun season ended and the snow and cold weather set in, Bontrager figured the time was right to hunt the ridge. He chose a well-used trail that connected a bedding area to a field of hay and cut corn.

His stand was 15 yards off the well-used trail, and at 4:45 p.m., a half-hour before shooting light ended, the buck he was after showed.

“I stopped him at 15 yards where I had a good shooting lane,” says Bontrager, who slipped an arrow behind the buck’s shoulder.

The buck had been quartering-away, and although it looked like a lethal hit, the arrow hadn’t exited. Bontrager suspected the arrow had struck vitals before stopping in the buck’s off-side shoulder bone, which would make for a harder tracking job. Bontrager called his brothers, David and Andrew, to help him look for the buck.

“I went back to my truck to wait for them because when the sun went down I was freezing and needed to warm up a bit,” he says. “My brothers met me in about 30 minutes, and at the spot where I hit the buck there was plenty of blood, and it was easy to follow him in the snow. He only went about 100 yards and fell in a spot I thought he may have fallen.”

The buck, which weighed about 175 pounds, is a main-frame 10-pointer with three kickers and an estimated score of about 150 inches.

“He’s sure the best buck I’ve ever taken,” says Bontrager, who plans to get a shoulder mount of the buck.