I’ve written a lot about my last hunting season with Aaron Milliken of Whitetail Properties (check out the October issue).... 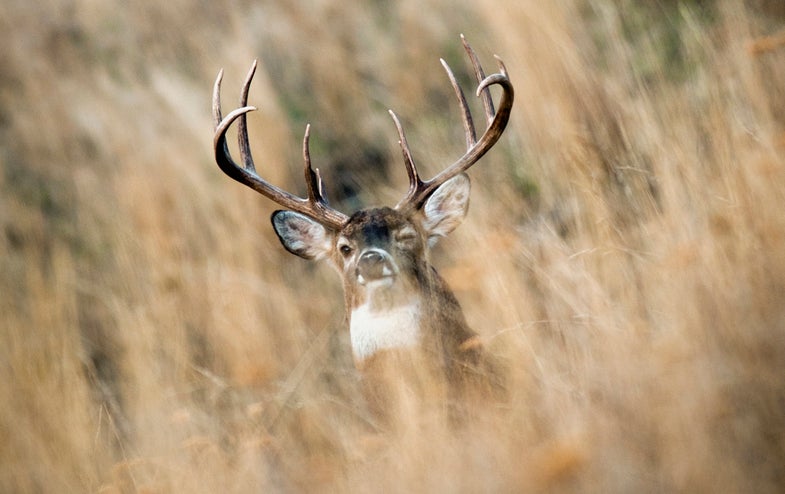 I’ve written a lot about my last hunting season with Aaron Milliken of Whitetail Properties (check out the October issue). Through a year tagging along and hunting with Milliken on tuned-up property in Western Illinois, I learned a lot about hunting and big-buck behavior. But, my biggest takeaways all had to do with scent.

According to Milliken, both doe urine scents and cover scents can, in some cases, actually hurt your chances of killing a mature buck. I’ll start with cover scents and take on deer urine attractant scents in the next post.

Cover Scents
Douse your clothes in earth scent or pine scent and you’ll mask body odor, right? That might work for the human nose, but a lot of experts believe that a whitetail’s sense of smell is much more sophisticated than a human’s. Milliken believes that deer will still be able to smell B.O. along with the cover scent, and really strong cover scent might actually alarm a mature buck. A sudden blast of “earth” scent will at least put a mature buck on alert, he says.

So, instead of using cover scents Milliken goes to great lengths to limit and eliminate scent whenever possible. Here’s the regimen:

—Shower with scent-free soap (and shower before every hunt)
—Wash clothes with scent-free detergent
—Keep clothes in a Scent Lok bag
—Only put on outer layer of clothes when you’re at you hunting area (not in the truck or in the cabin).
—Never break a sweat on the way to your stand (even if that means stripping down to a t-shirt).
—Wear rubber boots any time you’re in the woods and wear gloves while hanging stands and clearing brush.
—Never, ever touch rubs or scrapes

And, obviously, the biggest factor here is wind. If you hunt with the wind in your favor, your odds of getting busted decrease dramatically. But, if a buck comes in from the wrong direction, or the wind decides to swirl, these precautions could save your hunt, according to Milliken. I saw enough last year to believe him.