The American eel is an uncommon catch in Missouri, but the freshwater fish is native to the state 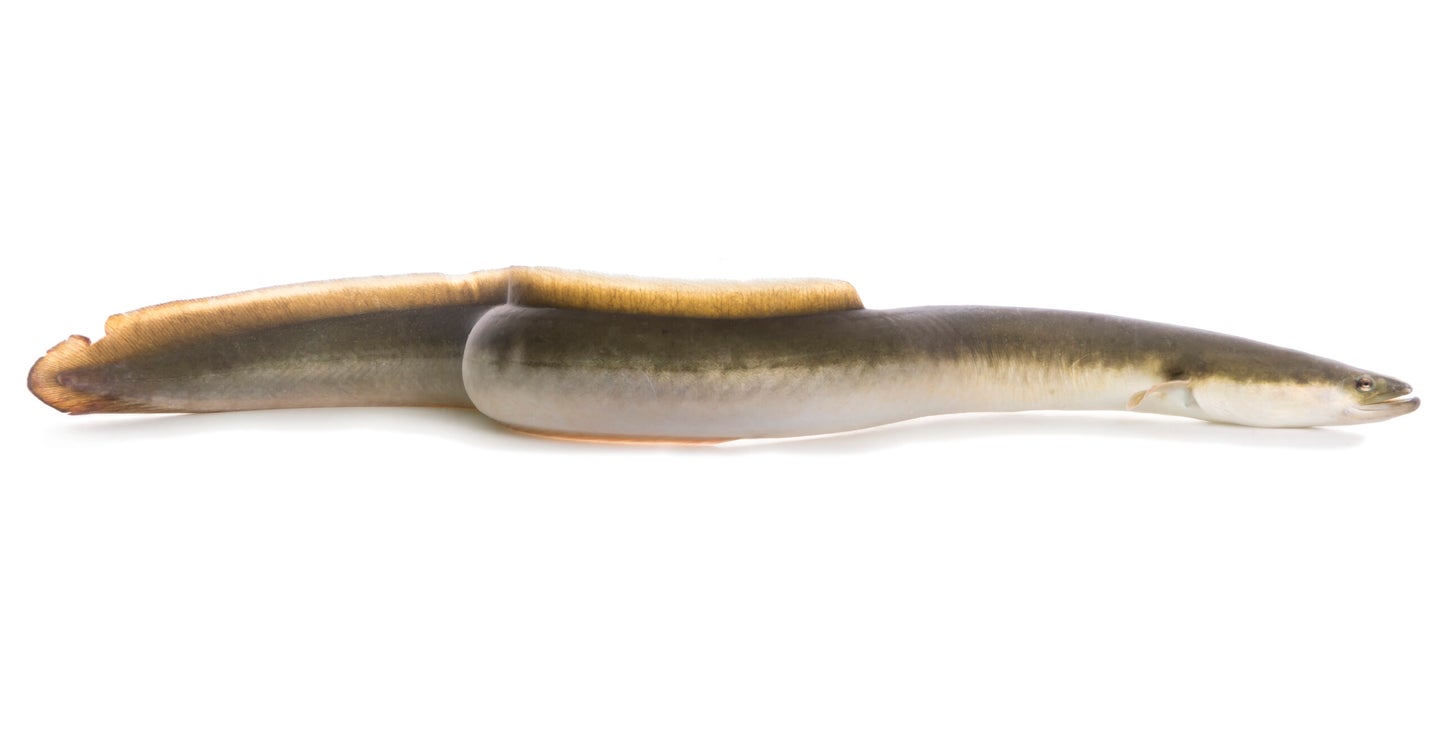 Carlin Allison was catfishing on the famed Current River in southeast Missouri on July 26 when he hooked into something big, strong, and somewhat unusual.

“I was using skipjack bait, and originally thought I was pulling in a catfish,” Allison told the Missouri Department of Conservation. “My buddy and I were out at about 3 a.m., so it was dark outside and I couldn’t see that well, but it put up one heck of a fight.”

“I didn’t know what to do with it, but my buddy stopped me and said, ‘Hey, that’s a big eel, hold on’,” Allison says. “Sure enough, we looked it up online and it was obvious it was bigger than what was listed [as the state-record eel by the MDC].”

The eel was weighed on certified scales in the town of Doniphan, and the 6-pound, 15-ounce American eel has been confirmed as the new Missouri state-record for the species. That makes Allison’s catch the ninth Missouri fishing record broken so far this year. The previous state-record eel was a 4-pound 8-ounce eel caught in 1993 on the nearby Meramec River.

“I knew we had eels in Missouri, but never that big,” says Allison. “I really don’t know how to feel about holding this state record. I guess I’ve got bragging rights!”

It’s not just the eel’s size that makes Allison’s catch an uncommon one. MDC lists the American eel as a species of conservation concern, though the agency’s biologists suspect eels likely inhabit every large stream in the state. This is because it’s tough to determine the species’ distribution and abundance, since eels are rarely caught with standard fish-surveying equipment. Missouri’s American eel population lives mainly in deep pools around cover, like logs and boulders, in moderate-to-large Missouri streams and rivers. The state’s eel population has been reduced by large dams, the MDC notes, which restrict its ability to migrate.

Read Next: I Got This Nasty, Flesh-Eating Fungal Infection from a Coyote

Fascinatingly, all eels in Missouri are female. While most of the adult female’s life is spent in freshwater, male eels spend their entire adult lives in estuaries along the coast. Eels migrate to breed in the Atlantic Ocean south of Bermuda. Biologists aren’t sure, but they suspect that adult American eels breed once, then die.

The all-tackle IGFA record for American eel is a 9-pound 4-ounce fish from Cape May, New Jersey, that was caught in November 1995 by Jeff Pennick. In Missouri, female American eels are usually 16 to 33 inches in length.