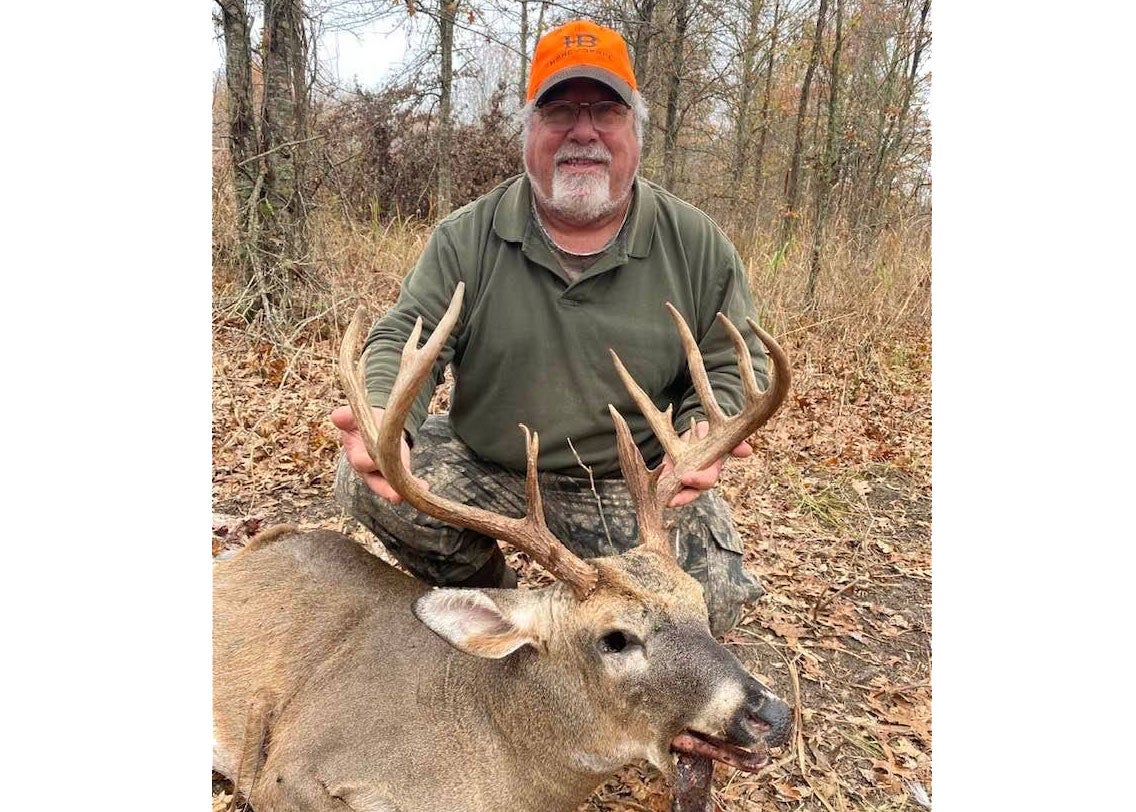 Fred Hamilton, 64, deer hunts a prime 500-acre parcel in the Mississippi Delta region of Louisiana. The surrounding landowners are friends and have been trying to manage area deer into bigger and better bucks. Based on Hamilton’s most recent buck, the effort has been working.

“We talk a lot to our neighbors and we see a lot of the same deer on trail cameras and from stands, and we decided that instead of just dropping every 8- or 10-pointer that came by, we’d wait and let them walk and grow,” says Hamilton. “We got plenty of deer, and lots of does, so there’s no reason to shoot some of the good bucks that may turn into giants with a little age on ‘em.”

Going into the 2020 season, nearby landowners started seeing a good buck that they knew had not yet grown to its full potential. So with self-control and neighborly politeness, landowners let the buck walk, hoping it would grow bigger by 2021.

“That buck was passed by hunters at least eight times we know about during the 2020 season,” says Hamilton. “I passed him twice, and he was a nice 10-pointer with a kicker point that in other years someone would have dropped the first chance they had at him.”

Fortunately, the buck survived and made it to the 2021 season, and started showing on trail camera photos on neighboring farms.

“When this season opened, neighbors said ‘He’s big enough, we’re gonna shoot him if we see him’,” Hamilton says. “At least one neighbor shot at that buck but missed him. We would have liked to let him grow another year or two, but we figured if we get a chance at him we better take him before someone else does.”

So the afternoon of Dec. 3 Hamilton got into a familiar box blind and waited for deer to starting showing. The buck Hamilton was waiting for stepped out at 5 p.m., and Hamilton shot him at 270 yards. His bullet hit the deer through the heart, and the buck traveled 120 yards and died.

“It’s the biggest buck that’s been taken in this area in 30 years,” says Hamilton. “We didn’t do anything different to the farms except just let some of the smaller bucks live long enough to become really good ones.”