30-Point Illinois Deer is a Doe

This 30-point deer taken over the second weekend of gun season in Illinois is actually a doe, according to the... 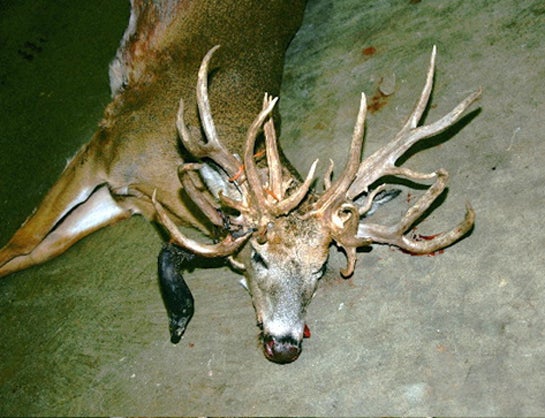 This 30-point deer taken over the second weekend of gun season in Illinois is actually a doe, according to the Wellsville Daily.

The deer hand no male genetalia and was estimated to be about four or five years old. While antlered does are not unheard of, they are rare and they hardly ever grow racks of this size. As of now, the deer has not yet been scored.

As you can see from the photo it has a crazy freak rack with a droptine that is still in velvet. An Illinois farmer was the lucky hunter who took this freak deer.

If this isn’t strange enough, this antlered doe is the second 30-pointer to make news in Illinois. Earlier this season Travis Cockburn took an incredible 30-pointer with his bow that could be the new state record.