Should You Really Wait 30 Minutes Before Blood Trailing a Deer? Not Always

Hunters have been taught to wait before approaching a wounded animal, but that's not always the smartest play 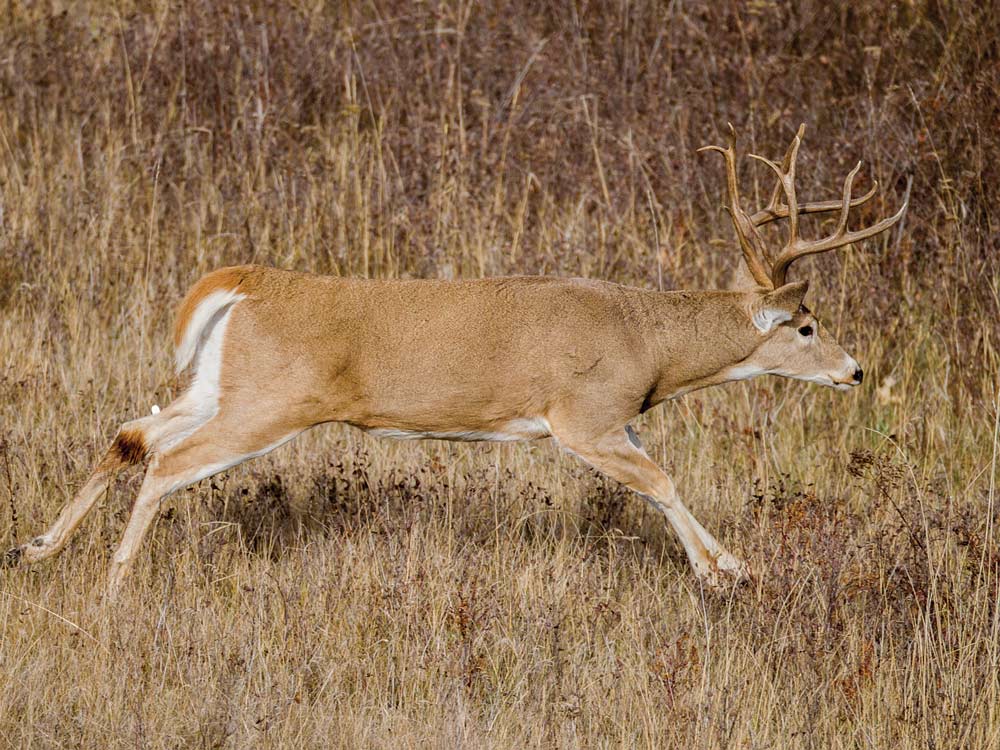 Conventional wisdom directs that big-game hunters should wait a minimum of a half hour to pursue their quarry after any shot that requires trailing. The idea is that an animal doesn’t always die right away, and by giving it time and space to expire, you’re not spiking its system with adrenaline that might cause it to run farther. Waiting lets an animal bed down and bleed out, aiding your eventual recovery.

But on a recent safari for Namibian plains game, my professional hunter didn’t wait even 30 seconds after my shot. He would chase game that fled after a hit, leaving me to scramble for my safety and run after them both. I was intrigued by this rule of the bush—unless you see your quarry drop, grab your shooting sticks and start sprinting—and wondered how it might apply back home. The short answer is that you can immediately start tracking a wounded deer, sometimes to greater effect than if you had waited the requisite 30 minutes. It all depends on what kind of hit you made. To help you make the call, consult this flowchart.

Despite the following differences in opinion, every source we reviewed agrees that you must identify the type of hit you made before pursuing an animal. Depending on the amount and type of blood, a blood trail can indicate a fatal hit or a hit that might cause a deer to bleed out if pushed. Never push a gut- or liver-shot deer.

Hunter-Ed.com: An excerpt from the curriculum approved in 45 states: “You should wait for at least a half hour to an hour before trailing a deer, unless the downed deer is in sight.”

National Bowhunter Education Foundation: The NBEF states that “a wise bowhunter gives the animal time to expire,” and that the normal waiting period after arrowing a big-game animal ranges from 30 to 60 minutes. A caveat to this is quick pursuit in the event of a poor hit outside the chest or body cavity (neck, leg, rump, or back). In such instances, the deer might run away quickly but then calm down, stop bleeding, and possibly survive. “If you can follow the animal rapidly and aggressively, it will continue to bleed, even from a relatively minor wound…It may lose enough blood to get careless and give you another shot. It may even die from a wound that would not normally be considered fatal.”

John Jeanneney: Tracker, tracking-dog breeder, and author John Jeanneney is an advocate of taking advantage of the onset of shock in an animal immediately following a shot. He recommends carefully approaching wounded game for a finishing shot. Allowing an animal shot in the heart, lungs, shoulder, or leg time to collect its wits could result in a wounding loss.