Jonathon Stuart watched this buck on trail cameras for two years. This season, he finally got to see the super-tall buck up close 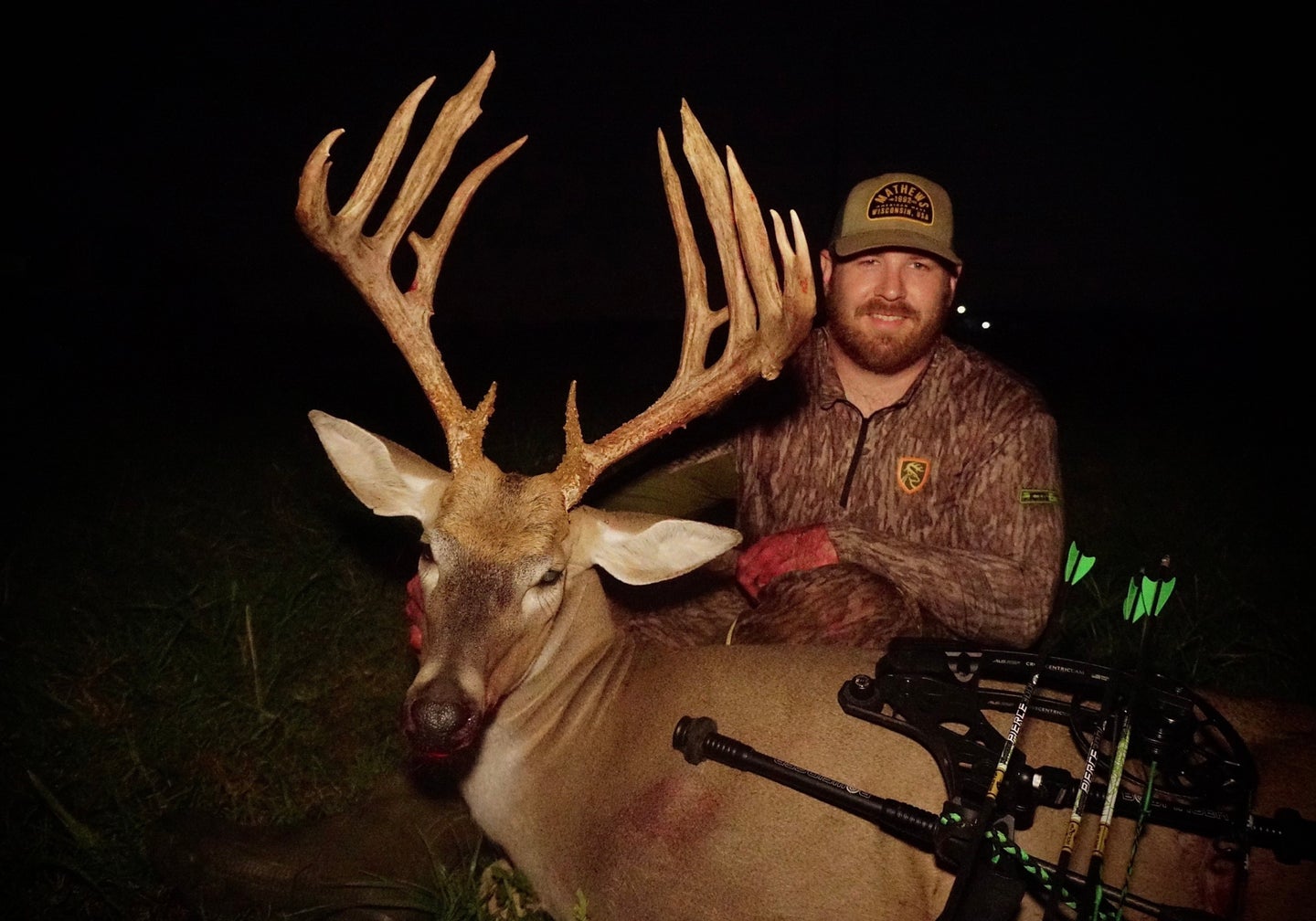 This buck stood out from the bachelor crowd he hung out with, Stuart says. Jonathon Stuart
SHARE

Bucks can be hard to track on trail cameras from year to year. Sometimes they grow so much between summers that they’re barely recognizable. But 31-year-old Jonathon Stuart of Russellville, Kentucky couldn’t mistake the narrow, lofty spread on his target buck if he tried. This ultimately contributed to him ultimately tagging the 160-class whitetail on Sept. 7 after watching him grow for more than a year.

“He took on about 35 inches worth of growth from last year to this year,” Stuart tells Outdoor Life. “I started getting pictures of him in early May this year. A lot of times it’s all guessing games until June, but his frame was so distinctive and he had already grown so much, you wouldn’t even need to know this deer to know the pictures from last year and this year was the same deer. A lot of other deer had just started growing main beams and he already had 5- or 6-inch tines.”

Stuart has hunted on family property in Kentucky for six consecutive years and knows how to judge deer growth with precision.

“I look at photos of years past and their growth rate and where they are at certain points in the summer, and I just knew that this deer was going to obliterate whatever he was last year,” Stuart says.

Even with dozens of trail camera photos and over a year of patterns to work from, the buck gave Stuart a hard time leading up to archery season. His consistency dropped off and he became very unpredictable.

“He’d be there for a week then he’d disappear for a week or two. And it was just hit-or-miss all summer,” Stuart recalls. “I didn’t get pictures of the deer from the last day of June until August. We had a long hot dry spell and I was worried maybe EHD had set in. But he actually came back on the first day of August and was back to his old self, here a few days, gone a few days, here a week, gone a week.”

Stuart reached the end of his patience with the buck and insisted on finding the place he was repeatedly disappearing to, hoping to map the buck’s range in preparation for a successful hunt. His exploring worked.

“About two weeks before the season opened in Kentucky, I decided to venture to the upper end of this farm and set a camera up in a place that I don’t normally go,” Stuart says. “Within about a day I got a picture of him, and I was getting pictures of him almost every day.”

But when opening day rolled around, torrential rains kept most hunters at home. Stuart remembers the area getting 6 inches of rain in just three hours. He tried getting out to hunt, but his spots had all flooded out. Finally, on Wednesday, Sept. 7, the weather cleared up and Stuart was in his treestand by 2:00 in the afternoon. As he pulled his bow up, he noticed two young bucks walking nearby. Then, at about 5:30, Stuart stood up to stretch his legs.

“As I turned back around to sit down, I looked back toward where the two bucks came from earlier in the day, and I saw some deer coming down off a hill along the edge of a cornfield. It was the group of seven bachelor bucks that had been there throughout the summer, including my target deer.”

Stuart watched them feed in the corn before turning toward the woods. The wind had been bad all day and the bucks were super cautious, but eventually the target buck and one younger spike came toward Stuart’s treestand to drink some water.

“Of course the spike came directly to the water, but the bigger deer played it slow, double-checking everything. Once he finally stepped into my 30-yard window, I was able to put a shot on him and the rest was history.”

This was Stuart’s second biggest buck ever, scoring 163.5 inches.